With the new year in mind, I’ve been thinking about behaviour management of my new classes… 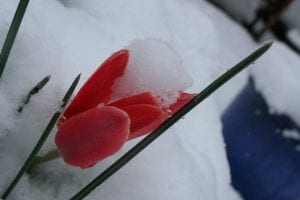 The vast majority of behaviour With the new year in mind, I’ve been thinking about behaviour management of my new classes…management lies beneath the social surface and a great deal of it goes on predominantly outside the classroom.

As social beings, we all do best in environments where we feel safe and cared for. Environments in which we know we matter and we’re valued. Classrooms, and schools in general, are no different.

Schools in which teachers thrive are schools in which management succeed in showing staff that they matter and that their wellbeing is important. Those happy/happier teachers are more able to create happy environments for their students. Put simply, we all only have so much emotional energy, if we’re wasting it just making ourselves get up and go to work because we’re not happy there we don’t have as much to plough into teaching our students and making sure they’re ok.

A lot of teachers try to create this by meeting and greeting students at the door and having classroom routines for the start of lessons where the teacher speaks to each student individually. This is great.

If it is truly and genuinely meaningful to the teacher and the students involved.

I’ll admit that I’m more likely to be rapidly jotting down the title, date and objective, logging into the computer and register or delivering sheets to desks…

That’s the price of not having your own classroom!

Why it isn’t the be-all-and-end-all is that the classroom is the tip of the iceberg.

It seems to me that our personal conversations with students (asking how they are, saying hi in the corridor, following up on conversations, creating classroom in-jokes) that get us furthest as members of staff.

When struggling with a student, and finding them hard to like, putting the time and energy into the under the surface relationship can reap dividends. A colleague of mine (sharing a class) struggled with a notoriously difficult student in the class. I suggested that she join in the class joke about my crazy dress sense. It wasn’t an immediate fix but now we’re all part of the team, my colleague included, because we’re all part of a shared joke. It made her humanity clearer than her profession: teacher.

Why is it that students often find it hard to think that we are people?

Perhaps the best example of this relationship building fixing classroom behaviour issues was during my first and second year of teaching. I was working in a tough inner-city school at the time (which I loved) and a teacher in the room next door was being driven to distraction by one particular year nine. To. Distraction.

I suggested that she could just send him through to me.

For the rest of the year, he was in and out of my room on a daily basis and, provided that he played ball, he knew that he could get on in peace and had the space to not have to ‘front’ to the rest of his year nine class.

When I saw his name on my register in year ten, I was not particularly pleased (despite quite liking his cheeky chappy persona, I really wasn’t sure that I could get him working or behaving in his own class with his own year group)!

He did, however, become my greatest behaviour management asset in that class. Whilst his behaviour was by no means perfect, he did not want to disrespect me and he certainly wasn’t going to tolerate anyone else treating me badly. The relationship that had built up over the previous year was the saving grace in me being able to actually ‘teach’ rather than ‘handle’ a class full of high profile students. You know the sort of class, where you read the register and you know all of the names without even having met a single one of them.

More than that, these students, students where we have to delve below the tip of the iceberg to get anywhere, are always the students who come running up to us when we bump into them as adults. They’re the ones for whom we make a personal, rather than simply and academic, difference. 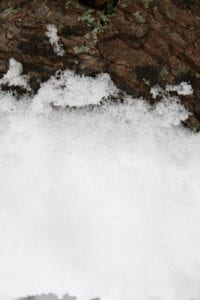 Simply following the behaviour code, talking through behaviour at the time, following up on missed homeworks and detentions, is not enough on its own.